My 14 year old hen is drinking a lot of water

I have a 14 year old female cockatiel named Henrietta who has been a chronic egg layer her whole life. I've taken her to the vet in the past and done everything possible to discourage egg laying behavior. Changed her diet to Lefeber pellets mixed with a little bit of seed and Kaytee bird greens, and give her Nutriberries as a treat sometimes. I've tried for years to convert her to other healthy foods such as fresh fruit and vegetables, but she refuses to eat them no matter what.

However, about two weeks ago she laid a clutch of 4 eggs, the first was eggbound and it was awful. She has plenty of calcium cuttle bones to chew on but her shells are always soft. Anyway she finally passed it and then laid 3 more within the next few days. All had soft shells an broke so I replaced with dummy eggs which she's been sitting on. She was doing fine for about a week and then a few days ago I noticed her poop started smelling like rotten eggs. And as of yesterday she has been drinking enormous amounts of water, to the point where I have to refill twice a day. When she goes to the bathroom it's 99 percent water.

Personality wise she was still doing okay, tweeting and actively preening, seemed to ignore the eggs and became herself again except drinking a lot. But now she's back to sitting on the eggs and seems really tired, and her tail is up in the air a bit like she wants to lay again, but I don't see any straining or indication that she's trying to lay.

I've called every possible vet within 100 miles and they all either don't see birds anymore and never updated their website, or they can't see her for at least a week. I am terrified because I love her with all my heart. I hate leaving for work when she's alone. I've read it could be kidney issues or diarrhea...Is there any possible thing I can do for her?

Sorry I don´t have any advice. I hope you manage to find a vet soon

I will say that cuttle bones don´t provide much calcium. The best ways to absorb calcium is to offer foods rich in calcium alongside being out in the sunshine, or to offer pellets in her diet.

Will any of those vets see her and do a phone consultation with an avian vet? Unfortunately I don't think this will resolve without medical care.

You will need to have a vet check, fecal test and possible crop swab. Can you get some liquid calcium for her water?I use this, vet approved, get it at SPROUTS,,16.00 a bottle, 1 teaspoon per cup of water. 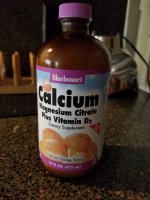 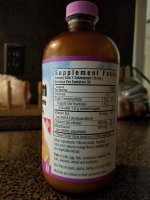 Hope shes gonna be ok.
You must log in or register to reply here.