Hi everyone! This is my first forum post (not sure if this is the right place to post it), and I've finally decided to post because I'm so upset!

I have two beautiful green cheek conures, a normal (Kiwi) and a cinnamon (Chai), but one isn't so beautiful anymore....
Around November last year I noticed kiwi's back feathers were really torn up, I had no idea what happened, then I noticed Chai had been preening her... And I think he's the culprit, he's been biting off her feathers (not pulling them out, just biting parts off). Now I told him off anytime I saw him do this and he stopped. Just recently I noticed all but one of her feathers had been molted and grown back, beautiful once again!

But I came home today and saw all of her back feathers have been torn to bits again! Is there something I'm missing on their behaviour?? Why would he do this to her? He doesn't tear his own feathers... Although I'm not sure if it happened during the day or last night, I didn't get a chance to look at them much this morning before I left, they both had a bath last night before bed, so maybe he just preened her too hard? (not that he does that any other time..)

Chai is a confirmed male and Kiwi hasn't been tested (I think she may actually be a he, since no eggs have ever been laid, but I'm not sure) And I live in Australia so the seasons are opposite to the Northern hemisphere, so could it be a breeding season thing?

What should I do to prevent it from happening again? (next year when she grows them back...) 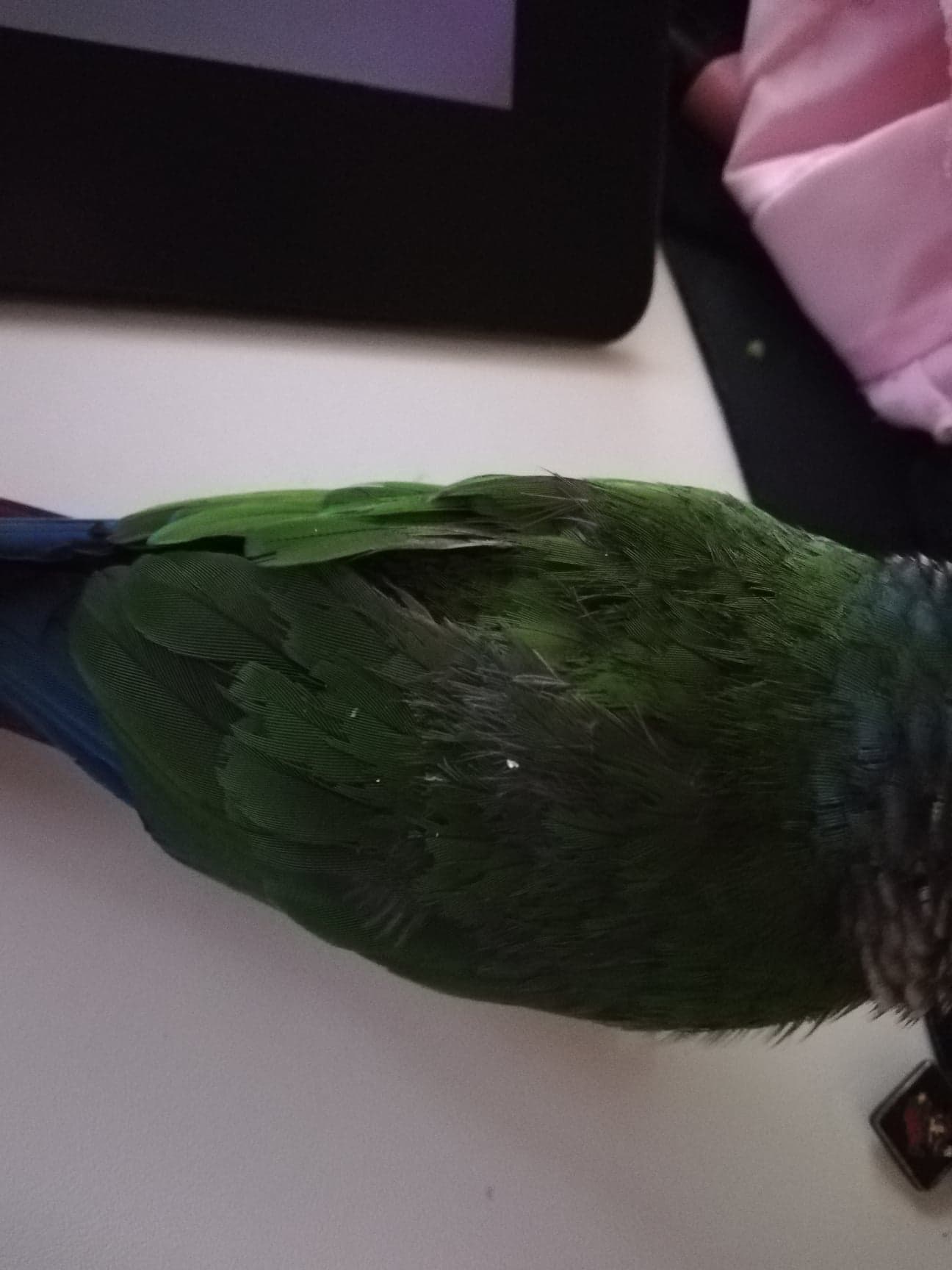 You’ve come to the right place for help. I’ve never experienced this problem but I know many here have so hopefully you will get some good advice very soon.

I wonder if preening toys would help or make the problem worse?

Hi Mooka, welcome to the avenue

Sorry, I don´t know why your bird is barbering the other.

It´s a strange time of day so not many members are online, but I will tag a few people who may have an answer when they are online next.
@webchirp @Mockinbirdiva @Hankmacaw @enigma731

Have you actually seen him tearing them up? Because I'm wondering if this is actually happening when he's mounting her to mate.

Thanks for the help everyone!

@enigma731 I haven't seen him do it this time, but last time I did, it was like he was just preening and then bit the ends off the feathers. And with the amount of damage done, he must have been at it for a while. But I'll look out for any mounting, I've never seen them do it before but there's a first time for everything...
I do find that he loves chewing on just about anything outside of the cage, toys just don't interest him, so he may just be bored and is taking it out on her

It's likely mate overpreening. Moki yanked all of Lola's feathers out around his face as soon as they came back. Giggie has shredded poor Carlton's feathers but he would rather be shredded than apart from her.

You probably need to find those things he loves chewing and put them inside the cage...if safe of course. 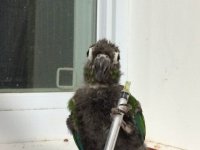 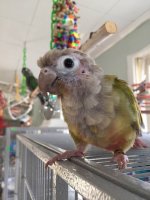 This pair over-preening happened when my male GW was alive. He pulled every feather on the top of her head (and she allowed it). I don't know that there is anything you can do other than keep them apart for most of the time. Some preening toys may help, but I don't think that a toy will take the place of a real live body.

Sorry, not much help.
You must log in or register to reply here.