My New Budgie! and some questions...

I just got a new Budgie yesterday!

His/Her name is Shiro (like that TV show character)

And I have some questions for all of you...

Q1:
He (I'm just going to refer to him as a he) is not drinking! (or at least I have not seen him drink) Is there a possibility that he being sneaky and taking drinks when I'm at school?

Q2: In the attached photo can you guys tell what gender he is ( He is about 4 months and has just begun his first molt) I got him at PetSmart and the little card just said it was a fancy parakeet. I remember I read somewhere that usually males that have not reached maturity have purple-pink ceres and females have light blue ceres. Is this true? and I'm concerned about the pale blueish rings around his nostrils.

Q3: He won't play with his toys and just sits there (but he still moves around a lot and chirps).

Q4: Is Dark green poop normal? He eats some pellets and seeds and at the pet store every bird in his enclosure had normal poop and did not look sick.

Those are all the questions I currently have. Thank you everyone! 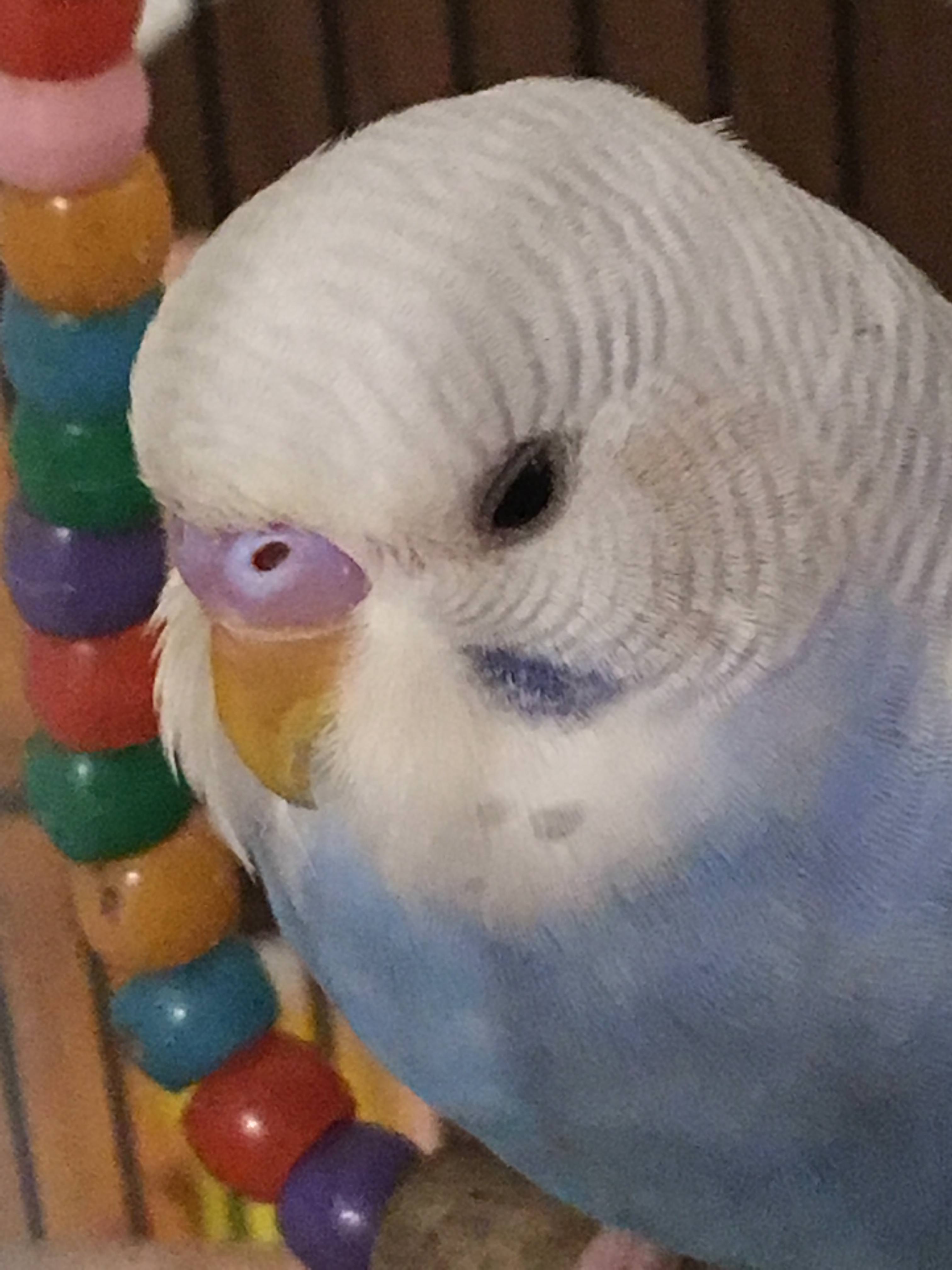 Welcome. You have a male but cere colors can change with maturity.

It takes a while for a new budgie to feel comfortable enough to eat and drink. They do not drink water a lot. What are you feeding?I

Green droppings are when the bird is eating a seed diet. Color is normal. Read the postings in the budgie forum and you will learn more. He needs to start on a few chopped veggies. Carrots, kale, red sweet peppers, sweet potatoes and lots more. They love fresh carrot tops hanging from the cage top.

Do you have him in a big flight cage?
Very important to find an avian vet and save money for that. He will need a nail trim every few months.

I rarely see mine drinking. As he gets more comfortable he'll be more likely to eat and drink in front of you. Same thing with the toys. It takes a while for budgies to feel safe in their new environment! I think the fact that he will chirp around you is a good sign.

Do you have a radio for him to listen to while you are at school?

I feed him seeds but he is starting to eat some of the zupreem (natural) I gave him annnnd he wont eat the veggies I give him (some lettuce and carrot slices).