Definitely my favorite are cockatiels. In second comes GCC, and I LOVE the personalities and looks of umbrella cockatoos. Most likely, I'll never get anything larger than a GCC, but I can dream. 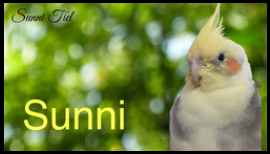 "I admire golden conures; that'd be the only small bird I'd have." -aooratrix

They're not small! Though I love their yellow, & that of sun conures & double yellow headed Amazons. Still sticking with * small * birds - budgies & maybe a canary one day.
In His hand is the soul of every living thing. -Job 12:10

I love Lovebirds, I like how they have different varieties in colors, from fischer's to peach faced lovebird, they are all amazing. I don't really like cassowaries, they look mean.

thank you BirdWorld for the sig

I hear they can be mean, but their feathers look beautiful. So unique.

Sparkles99 said:
"I admire golden conures; that'd be the only small bird I'd have." -aooratrix

They're not small! Though I love their yellow, & that of sun conures & double yellow headed Amazons. Still sticking with * small * birds - budgies & maybe a canary one day.
Click to expand...

You have to keep in mind that 2 of my 5 birds are a 1400+ gram GW and a 1500+ gram Hy!
I love AA because of the community and the sharing culture here. I get invaluable information on training, enrichment, diet, and many other necessities to creating an environment both the people and parrots in my life enjoy. On any given day, I can find a recipe, a cool DIY project, or a sympathetic ear. AA has become an integral part of my day.

As for parrots, I love conures. I love their sweet little bodies and their personalities. I love their voices (even though they're loud O_O). I love everything about them.

If we're talking other birbs, I absolutely love love love cardinals. They make me think of my grandpa who passed several years ago so they make me feel good when I see them.

I'm a big fan of Caiques, although I've never had one, there must be a reason I don't really see them in shelters. There are adorable when they hop around.

The only birds I know socially are my two Bourke's. I don't know if I've mentioned this before, but they're awesome.

I don't see myself getting other birds in the future, and if I did, they'd probably be Bourke's.

I would, however, love to be able to interact with other birds. Of the pets I've had, my favorites have always been the smart ones. Even when they were tooth-grindingly stubborn I always felt at some level like we were really communicating and playing a game.

My ideal would be spending time at a birdy retirement village or something similar where the birds were free to come and go. So, if one wanted to come over and trade some of its time for a high value treat and maybe some head scritches I would be honored to provide both. If not, no worries. I'd probably just leave the treat on the table and see if maybe next week someone wanted to come over rather than risking someone else flying in and snaffling it before the other bird, whose treat it properly was, had a chance to make a more dignified approach.

I'd actually thought someone had posted about a place like that. Unfortunately more research turned up that all the birds were clipped and they were interacting with the guests because they had to, not because they wanted to. I get that a business is going to to what they have to do to get the paying customers. But that wouldn't be a *fun* interaction for me or the birds, so that'd be a no.

But, if that were possible, I'd love to be able to play games with an African Grey, test my nerve by being a landing perch for one of the big Macaws (and then really test my nerve by hand feeding them a treat - I'm a knitter. I need all my fingers

). And, if there happened to be some corvids, either because of some misfortune that they weren't able to be released into the wild or a non-native species, I'd be happy to build some puzzles to see how long it took them to figure it out - probably less time than it would take me to put it together. And, if a flock of budgies wanted to clamber all over me to get to the seed sticks that'd be pretty cool too.
Esmerelda

My favourite...hmm. This is a hard choice! I love sulphur-crested cockatoos...they're my dream bird! My least favourite bird...I don't have one! They all just completely steal my heart!

aooratrix I agree with you on the Birbs and Fids. I've only really been around my aunt's birds so due to her blue-fronted amazon, zons are my favorite. I also like the looks and personality of ringnecks and plum heads but haven't met any in person.

I love lovebirds for their clownish personalities and feisty attitude. I also love black capped conures. I love those feathers that they have- like black and silver scales going around their necks 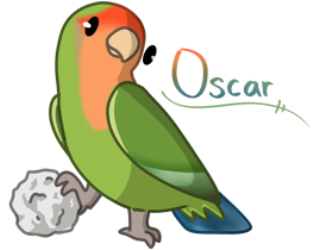 HMMM now that's a hard question
Dream birds are probably ringnecks, rosellas and Alexandrines but I love all birds regardless of type
It's the pigeons for sure. Such cute little things when they're sitting floofed up and so elegant and powerful when they fly, I also adore their smokey/silver colours All species of doves are a close second
Don't let the budgies and lovebirds log on and see this!
You must log in or register to reply here.