The Good, The Bad, and The Ugly About Finches

I currently own two zebra finches named Mini and Bini. I have owned each for about a year, not that much but enough to get to know them. They live in a flight cage indoors.

The Good:
The Bad:
The Ugly:

Here are some recent pics of them being sleepy (and together 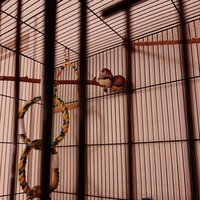 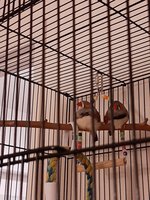 I saw you guys post in the finch roll call thread, if anyone wants to talk about their experience feel free to. If I missed anyone I apologize, past experience with finches counts too!
You must log in or register to reply here.