Last Saturday, 5 April 2014, was another of my docenting thingie at Jurong Bird Park. That was in morning from 10 to 12. You know I had this disquiet mingled with strong desire to see Yingshiong. Part of me already more than satisfied YS still around, and can be seen and heard, and still showed that he remembered me. The other part was to leave him alone and be in his new life. I felt it will not do to keep seeing him daily or even on weekly basis. Then I thought, hang on a moment, I probably will not be able to see him for close to 2 months. You know I be flying off to Taiwan from 10-24 April. Followed by almost the whole of May in Bali and Lombok.
So I thought I say hi to him in his South East Asia Aviary. I walked to the end and place where I last saw him. I called his name but could not see him. In a while, a tiny black and red bird flew to a branch and remained there. Almost like not acknowledging me. I stood there a while and he remained on his branch for that while. I was not unhappy that he did not seem to do more such as flying that circle around me and landing in front of me that he did that first time.
I was happy enough that he was there.
That day was heavily drizzling the entire day. I was under my umbrella. My poor YS might have been under shelter of a leaf and came out into the wet and the rain for me. I told him silently until the next time and I walked off.
Warmest regards Shanlung 山 龍 index 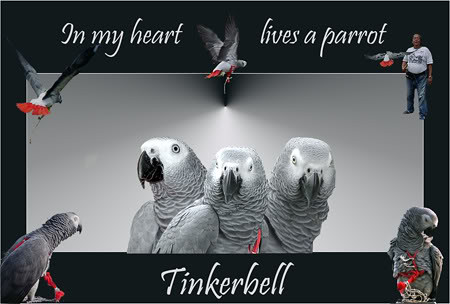 I clicked on the link (the flickr page Leaving Dubai - a set on Flickr). I've seen a few TV docs. on Dubai. They always seem to marvel at the human achievement in architecture and design. There is enormous wealth in that part of the world no doubt. With that in mind I have to say it's disappointing then to see those cats in such poor enclosures. They look depressed. The livestock could do better as well. Maybe it's just what I'm seeing in the pics but if they can build an indoor ski mountain in the middle of the desert (complete with snow), artificial islands, as well as the world's tallest building, then why not simulate a rainforest for the African Greys for example? Rather than the simple large cage, nest boxes and perches. No toys, plants, etc. Seems the zoos in NY's Brooklyn and Central Park do a lot better in simulating natural habitat.
Last edited: 4/8/14
“We patronize the animals for their incompleteness, for their tragic fate of having taken form so far below ourselves. And therein we err, and greatly err. For the animal shall not be measured by man. In a world older and more complete than ours, they are more finished and complete, gifted with extensions of the senses we have lost or never attained, living by voices we shall never hear. They are not brethren, they are not underlings; they are other Nations, caught with ourselves in the net of life and time.” - Henry Beston

The zoo in Dubai is a very sad place to go. You seen that poor fennec fox, that sad Arabian wild cat. Quite a few more photos that I culled from that set.
So much mindless pacing done by the beasties. Or they lie that in apathy. I dont know which was worse.
But it is so said that another better and bigger zoo is planned and maybe those beasties in that old zoo can live in better dignity over in the new zoo.

Merry Christmas to you and all the folks here.

This will be the last posting for a long time here.
My retirement had been prematurely terminated. When I left to Nepal, I had a 3 months visa and thought I be there 3 months or so.
While trekking in Annapurna, procrastination save me from being buried in Thorongla pass as Procrastinatia took 3 days from me.
And when in Marpa , an email reached me making me an offer I cannot refused making me changed my plans and rushing down the mountains after just 6 weeks or so to get visas and paper work done.

In a couple hours or so, I will be flying off to Riyadh, Kingdom of Saudi Arabia.
Not likely I have the time and inclination to write for a long time after that.
If I am not thrown out for color of my tie and I settle in and yearn for a birdie, that birdie might well be a falcon or hawk as I do have different ideas with them, the way my ideas had been different from most with birdies and beasties.

He/she might well be yet another grey as I will not have the heart to walk away from one that needs me even if I can see the pain at the end of that chapter.
K

Be safe, I wish you well Shanlung. Merry Christmas to you and yours. Don't be gone from the boards for too long.

Shanlung, we must meet over tea someday,

See you one day. ~Thanks Drini for this lovely siggy!!!~
Peggy Mayworm & Anne Lonjak always in AA heart
Therefore do not worry about tomorrow, for tomorrow will worry about itself. Each day has enough troubles of its own~Matthew 6:34

Hum... I wonder if a bird of prey is fated to be in your life? You never know ShanLung.

Should I commiserate about your postponed retirement, or congratulate you on a new and 'hopefully' exciting position?

Either way enjoy your trip and enjoy the meeting of people and going of places.

Don't worry LaSelva, Shanlung would never actually give his animals a cigarette. He does have an unique sense of humor though, and I'm sure was thinking something quite interesting during those photos.

He also is now smoke free!!

He is giving them a cigarette - that AG has its beak fully around the butt so I don't see how inhalation wouldn't easily be possible. Hot ashes can also fly into the birds eyes outdoors. Other pics he's posted show an AG holding and chewing a used butt as well as cigarette box. Its not a safe or smart thing for anyone to do. I think there are better ways to be humorous - JMHO. What message does it send when one shows the world pics like these.

Glad to hear he quit because:

"The susceptibility to inhaled toxins is a consequence of the unique and efficient respiratory system of birds. Each breath of inhaled air is passed twice, through the lungs, and the gaseous exchange mechanism in the blood vessels is ultra-effective, thus, they are able to draw more oxygen out of the air (essential for their high metabolic rate) than can mammals. However, this efficiency is not confined to oxygen – any other material in the inspired air is equally effectively absorbed.

Environmental tobacco smoke or second-hand smoke exhaled from a smoker as well as the smoke released from the end of burning cigarette, pipe of cigar. It consists of more than 4,000 chemicals including carbon monoxide, formaldehyde, benzene, chromium, nickel, vinyl chloride and arsenic.

Scientific evidence carefully collected over the last 30 years shows that people repeatedly exposed to environmental tobacco smoke are more likely to develop and die from heart problems, lung cancer and breathing problems. Several studies have been done that show chronic exposure also increases the incidence of lung disease and eye irritation in our pets. Since birds have an extremely sensitive respiratory system, it makes sense that this can be particularly devastating to them.

You should be aware by now of the health risks associated with smoking. You should also know that the effects of passive smoke; inhalation of smoke from someone else in the same room; can be damaging as well. It only makes sense that the more delicate respiratory of parrots will be even more at risk in a home with a smoker. Smoking around your pets is extremely hazardous to your feathered friend and there is no doubt that the life expectancy of your parrot will be decreased if he is in close proximity to smokers.

Those impurities that permeate the air will also end up as a residual film on your feathered friends feathers. If you’ve ever been in a home with a smoker, you have probably seen a yellowish film that can build up on things like windows or sheer curtains. That film is left on the birds feathers so when a bird preens itself, it will ingest nicotine as well as other impurities that are in the air. This ingestion of these impurities will poison the bird and in time will cause system disorders as well as digestive malfunctions.

If a smoker handles a bird with nicotine stained fingers, the chemicals on the hand get on the skin of the birds feet sometimes resulting in cases of dermatitis on the feet. Do your bird a favor and don’t smoke. "

Even though I been in Facebook since 2007, I think I spend about 3-4 hours inside there in total.
I felt FB to be confusing and intimidating to me.

BUT since 4-5 days ago, I been writing quite a bit there on Tink and Riamfada and my experiences on birds.
And about 3-4 hours daily as I slowly getting the hang of FB.
Perhaps it might amuse you to check me out on facebook and follow me as I tried to put together all the experiences that I had.

macawpower58 said:
Don't worry LaSelva, Shanlung would never actually give his animals a cigarette. He does have an unique sense of humor though, and I'm sure was thinking something quite interesting during those photos.

He also is now smoke free!!
Click to expand...

Sorry to tell you.
That Bast**d Old Nick ambushed me with sneaky move and got me hog tied and dragged me off into his sun set . He laughing his head off and I screaming blue murder.
BUT, I will fight him again. He won the battle, but I hope to win the war.

I am 9 months, 1 week since my last cigarette!
Get back on that wagon Shan Lung!
You are the one who gave me a reason to work at it (2 years working at it) and to get it done.

macawpower58 said:
I am 9 months, 1 week since my last cigarette!
Get back on that wagon Shan Lung!
You are the one who gave me a reason to work at it (2 years working at it) and to get it done.
Click to expand...

You all know I got no new birds. WIll not be getting any til I find a country I love and can retire in to have birdie companions again. Otherwise the pain of goodbyes very tough on me.
But some of my stories very old and most might not have known of that.

Just the latest I wrote in FB.
Shan Lung - I have good news , and bad news for my groups... | Facebook

Shan Lung - I dont know if any of you folks got any... | Facebook I LOVE AA FOR THE MEMBERS
You must log in or register to reply here.