I acquired an adult male red rumped parakeet and I was able to place an aviator harness on him. He was not handfed or tamed by the previous owner. He was from an aviary setting.
If I spend one hour or more with the harness on him while he is sitting in my shoulder, will he become tame eventually?
He is able to finger perch on my hands and he can step up. It’s just he easily get startled when I get him out of his cage and sometimes he easily gets spooked.

It is possible, but it is also just as possible that you are flooding him.

I'd shift the goal away from taming and toward earning his trust.

During each interaction, just ask yourself the question, "is this thing I'm doing earning trust or eroding it?".

Pay close attention to learning his body language because that's where the answer comes from.

This is a conscious effort for the first while, but becomes automatic over time.


swong66666 said:
I was able to place an aviator harness on him...He is able to finger perch on my hands and he can step up.
Click to expand...

It sounds like he's already a fairly trusting despite your description of his history.


swong66666 said:
It’s just he easily get startled when I get him out of his cage and sometimes he easily gets spooked.
Click to expand...

First, "when I get him out", does he want out? You can be sure that he wants out by simply opening his door and allowing him to exit on his own (by doing so, you're offering him the opportunity to come out, rather than removing his choice by deciding for him).

At this early stage, he may feel safest in his cage and allowing his to remain there to observe the regular happenings in his new home could be beneficial for a while.

He's in a new space with a new person, so everything will be new to him. I would recommend just going about your life while they can watch from a distance. If you do something nearby, just observe his body language to see if he's comfortable or not. If he's not comfortable with you doing something, then stop and you've just shown him you're listening to his feedback (building his trust in you). Find another way to do the thing you were doing that doesn't cause him to show fearful body language.

Over time, he will observe that most things in his environment, including you, aren't a threat and will build trust and security.

I would recommend a passive positive approach to lay the foundation of your relationship, just giving him the opportunity to observe and learn on his own.

People used to advocate an active approach where they would hold or confine the bird and deliberately expose them to stimulus in order to desensitize (that's called "flooding" as @expressmailtome said above) which basically forces them to give up, but that is very bad for the mental wellbeing of our birds and inhibits the possibility of a relationship with us that's built on trust. So... no flooding/forcing and save the harness for safe trips outdoors.

As I suggested given his newness to you, give it time, but if you're interested in reading about desensitization approaches that are actually positive, then here's a link... 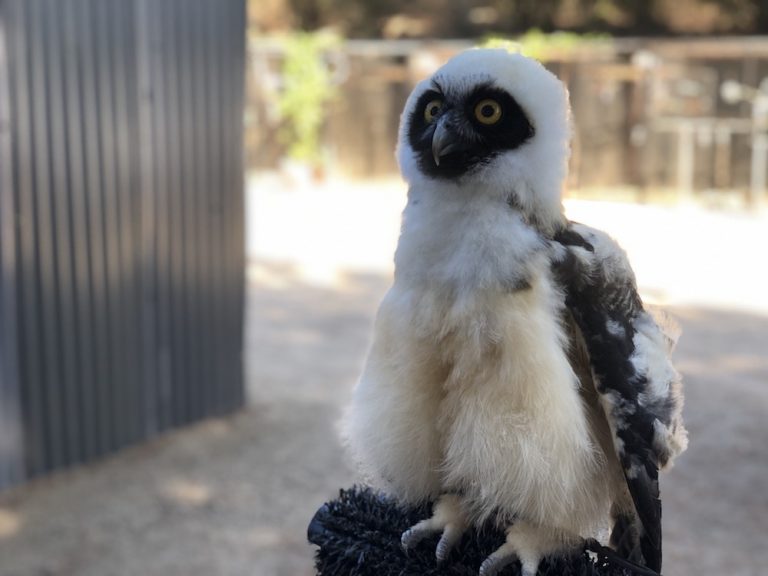 When we have an animal, or in our little avian saturated pocket of the world, a bird, that is showing fear, stress, aggression, or anxiety of some sort in response to a specific stimulus, traditionally we have turned toward procedures such as systematic desensitization or...