2021 was quite a year for the pigeons and their worry mother. Toupee had a 700km flight from the rescue center, Silver kept running (or should I say flying) off with feral hens, and much more.
Silver would not stop running away for days at a time with feral birds which made me very concerned, enough so that I felt I needed to get him a mate, a domestic one that can stay here. So after much looking I found Toupee, a SPCA pigeon that had been found on the street starving, 700kms away from me, of unknown gender. So we adopted her online and 200$ later she is here. 6 weeks later she is let out, and finds the joy of being able to truly fly. She has homed well and I thought all was going well. I’d found Silver a beautiful, loveable hen and given a rescue a good home.Nope.They didn’t bond well and I didn’t know why. Turns out Silver was still secretly seeing his feral girlfriend, and pigeons pair for life, so he had chosen the feral. He ran off for five days, and I had accepted he wasn’t coming back. Then a starving, naughty Silver turned up again and chose to stay again. Then there was a time where I thought they were slowly but surely bonding. I was trying to breed my other pair, everything was right, they just didn’t lay eggs. I was frantic changing things thinking I was doing something wrong, no difference, no eggs. The. I finally came to the conclusion that they were a male pair, hence no eggs. Now I was thinking ‘oh it’s fine, I have Silver and Toupee’ thinking that they would breed for me.Then Silver started leaving for days at a time again, the same feral hen. Just recently Silver started bringing the feral hen back to my place, they spent hours on my roof relaxing and then finally the hen joined my flock while they were feeding.She’s coming back twice a day to be fed (poor girl lives off tiny amounts of weed seeds she can forage in the wild) with the others now and is spending long periods of time on my roof and other perches near home. We are making rapid progress, this is only day two. I am hoping she will eventually get comfortable enough to stay here permanently. I’ve named her Fern, she is a beautiful blue checker with a stunning bronze tint.
I’ve also enquired to someone rehoming their Birmingham Roller pigeons, so it’s a possibility I will be bringing home a pair of them 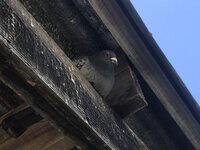 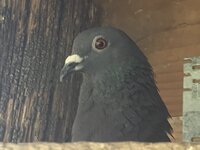 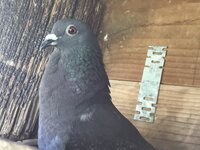 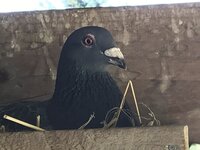 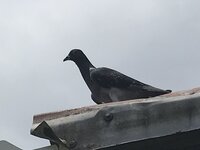 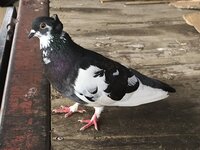 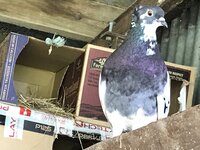 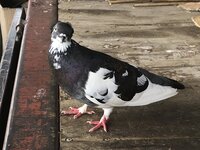 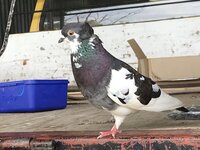 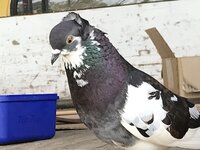 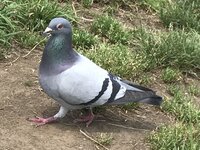 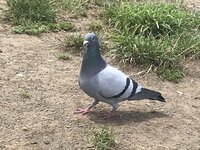 Pigeons are always so regal looking. Nice close up.

They are such a flock of cuties! I love pigeons they always have such pretty colors and patterns.
Forever loved & missed
Nala