Ali said:
Not according to my tablet lol
Click to expand...

Well now they both say 3 minutes!

Ripshod said:
I've never met a symmetrical budgie. You guys must have seen this
View attachment 348750
Click to expand...

I think halfsiders are very interesting. 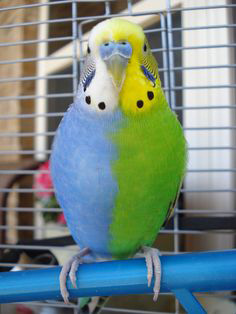 Perhaps you’ve seen a “mash-up” video, where two or more recordings/elements are blended to create a new version. Nature has its own type of “mash-up” that can happen during the early embryonic stages of chick development. The result of this rare but natural phenomenon is referred to as a...
lafeber.com

It's like some cats that are half-half with their coat colour! Although it's mostly just the face. 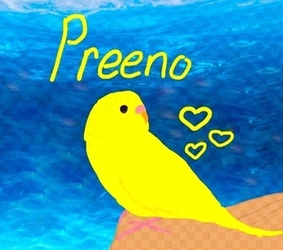 "Intersex" is an umbrella term covering a range of different conditions. A number of them involve a lack of sensitivity to sex hormones, like androgens. This means that you can be genetically XY, but because your body doesn't respond to androgens, you look like a female at birth, are raised as a girl, develop breasts at puberty but don't start menstruating. A scan will reveal internal testes but no uterus. It's an invisible condition and goes undetected until someone goes "huh, I should have started having periods by now".

There are also genetic issues, like having an XXY karotype; again, this can be invisible. How many of us actually have had our sex chromosomes screened? One of my friends only found out that she was XXY in her thirties - she was assigned male at birth, transitioned (so is a trans woman) and she responded to the hormones in an unusual way so got a genetic test.

Some people do have what's called "mosaic" cells - meaning that there are two genetically distinct sets of cells in the body - but this is very very rarely split down the middle. You're just as likely to have "other" cells in your arm or your liver or your muscles than your genitals. It is almost vanishingly rare to be split down the middle, as with this budgie. Here's a chimera eclectus which shows blotches of male and female colouring: https://www.reddit.com/r/parrots/comments/fixiar It's very obvious that this eclectus contains two sets of genetic material but how many of our birds without sex differentiated plumage are also chimeras, or have two sets of ZZ or ZW cells? We just don't know.

In humans, it is also vanishingly rare to have, for example, a fully functional uterus, testes, p*nis and ovaries (i.e. the Greco-Roman ideal of the hermaphrodite). Interestingly, the p*nis and clitoris are formed of the same tissues, are are the ovaries and testes, as are labia and scrotal sacks. You can see this in images of foetuses - at an early stage of development, you can't tell the sex of a baby because their genital tissue all looks the same. It's ony later that these tissues decide what they want to be Many intersex people have genital tissue that is at a sort of halfway point, and there's a huge issue of babies and very young children being operated on without their consent in order to "normalise" their genitalia, often at the expense of function and sensation.

I hope this information helps. I've been to a number of talks by intersex people and I'm not an expert - just wanted to say something because it's such a complex area.

This little budgie is so gorgeous! She (he?) looks so sweet.

It can happen but it's incredibly rare. About as rare as having 5 identical twins. Pretty cool though...
You must log in or register to reply here.